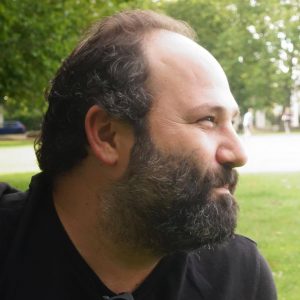 Batu Akyol took directing lessons at New York Digital Film Academy’s Istanbul branch in 2009. In 2010, he started the production of his first project, “Pera Palace: The Last Culinary Station of Orient Express.”. In 2012, he followed the Turkish reggae band Sattas in the production process of their first album and filmed the process over a time of one year. He directed and produced the film which he named “Reggae Men – A Music Documentary” (regici.com).

Along with these projects, he founded a documentary production company, Loyka Productions (loyka.net). He produced a number of corporate documentary projects and continues to add new ones to the company’s portfolio.

In 2011, he started the production of “Jazz in Turkey.” This project focused on the milestones of Jazz Music in Turkey for the first time and was completed in 2013 after a two-year process (turkiyedecaz.com). The film premiered at Istanbul Jazz Festival and was shown at film festivals in more than ten countries, including Istanbul Film Festival in Turkey. The film was among the finalists at TRT International Documentary Film Contest and granted with the special jury award at Boston Turkish Films Festival.

From 2012 to 2015, he produced a mini series of Internet documentaries, “Backstage Istanbul”, with globally-known musicians who visited Istanbul for shows.

In 2013, he produced an Internet documentary named “Second Hand” on pets living in animal shelters.

He shot videos of the recording of seven songs by Kerem Görsev within “To Bill Evans” project. The recording was made in March 2013 in Prague with Kağan Yıldız on contrabass, Ferit Odman on percussions, and the City of Prague Philharmonic Orchestra conducted by Alan Broadbent. He produced a documentary with the same title, “To Bill Evans.”

In 2015, he started shooting a culinary documentary called “Istanbul’s Taste” (istanbuluntadi.com). The scenario interviews were completed in 2016 and the documentary is scheduled for viewing in 2017.

In 2016, he followed and shot the recording of “Possibilities”, a jazz album focusing on the songs by a pop musician, Kenan Doğulu. The production of this documentary is still in progress and will focus on the details of this very first jazz album by the well-known pop musician.

He is also the art director and editor of jazzdergisi.com platform founded in 2016.

He is an east Londoner with his wife and little daughter since the beginning of 2017.